A runner's thoughts on corona virus


Last winter, when I signed up for Hardmoors 55, I was feeling very low and vulnerable. My plan had been to speed train all winter to try and get a BQ for Boston marathon, but every time I thought about it I felt depressed. I saw this race and thought, “Screw Boston - I’d much rather go far than fast” and signed up on a whim. It was only later I realised this was the race that had been called off in 2018 during Beast from the East, with many runners getting hypothermia. 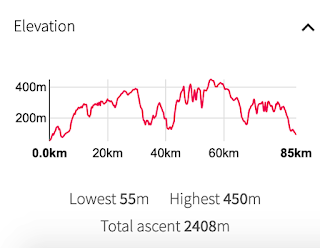 I was definitely going to have to do some hill training.  Over the last four months, I’ve been to Lancashire three times, the Lakes twice, Yorkshire twice and West Sussex once. I’ve run more hills than I’ve ever run in my life. It has been tough and I’ve made sacrifices in every other area of my life to accommodate it because I really, really wanted to do this. The cost of accommodation and travel has run into quite literally thousands of pounds. I have run through so much mud and in some insanely strong winds during the winter storms. I ran a few marathons that didn’t count towards my challenge just to get extra hills in. I ran when I was ill. I even DNF’d a race - I missed the cutoff and I cried - but I went out and did another loop anyway so I could get some extra hills in. All the pics below were taken on training runs in the last three months - this is the reality of winter ultra running.  It's brutal.  According to the Health app on my phone, I've run and walked a total of 1100 miles since December 1st. 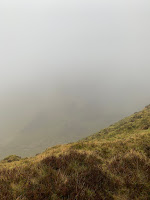 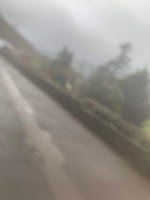 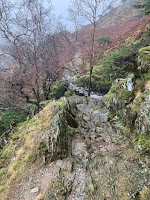 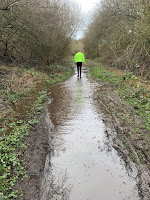 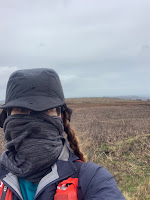 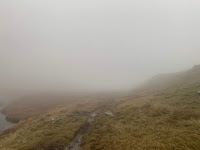 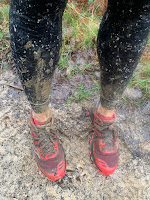 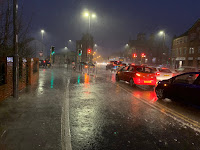 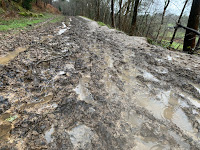 I was also nervous about self-navigating around the moors in the dark on my own (who wouldn’t be?!) and did a course with the legendary Joe Faulkner of Nav4 Adventure to improve my map reading.  I went to a recce to practice running 25 miles of the course at night. It was during Storm Dennis and the weather was truly horrific. I wanted to quit so many times - torrential rain and wind, ploughing through deep mud and icy puddles, in the dark. I dug deep that night, because I knew if I could endure that, I could use it to get me through the race. The next morning I got up early and ran another 23 miles to practice a different section of the course alone. 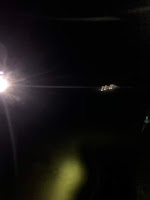 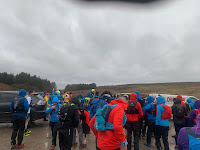 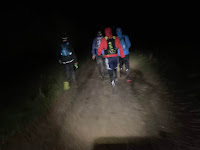 The race has extensive kit list requirements and many of these items I’d never needed before. Some of my gear needed upgrading - my best gloves had holes in, making them less than waterproof, for example. I went to the fabulous Let’s Run in Stokesley and spent £500 on kit. It would be worth it, I told myself, to finish this race.

Last weekend, I was booked to go on a skiing holiday. All winter I’d worked through NHS winter pressures without any time off so I could conserve my annual leave for this holiday. It was hard but it would be worth it. Then corona virus happened.  On Saturday I packed with one hand whilst obsessively reading the news with the other until finally at 8pm the news came through that it was cancelled. I was due to set off for the airport at 3am the next morning.  Gutted, but never one to give up easily, I started planning a solo adventure.

By Sunday lunchtime I was on a train to Hull with a tiny backpack to attempt three back-to-back self-supported marathons along the Yorkshire Wolds Way.  I finished yesterday. The total ascent was 2900m. I didn’t even need to do any stretches as I’ve become so accustomed to hills. 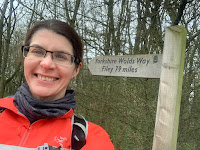 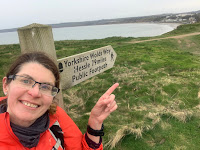 On Monday night it was announced that Hardmoors 55 would go ahead, albeit with major changes to the aid stations/start/finish. I breathed a sigh of relief. I knew other races would be cancelled - my April marathon  had already been pulled - but not Hardmoors. Hardmoors never cancels!

On Tuesday night, after 56 kilometres of running, I had an email to say that it was cancelled. More accurately, it’s being postponed to October, but it might as well be cancelled as I can’t put myself through this again. The expense, the sacrifice... I just can’t. Besides, I’ve got an expedition in August, then Iz is off to uni in September and I’m attending two weddings. I've said many times that this is the last winter ultra I’d ever do - the training crossed a line for me to the point where I really wasn’t having fun anymore. But my sheer determination and tenacity means I couldn’t give up until it was done.

You’d think I’d be relieved but I’m not. I’m grieving.  Every time I think about it I get tearful all over again. I know Corona virus has been wreaking havoc with everyone’s plans, but most people haven’t spent ALL WINTER preparing for one day of pain and glory and triumph. Being out in the hills, the stunning views, the fresh air, fighting your demons and at the end receiving the chunk of metal that proves you defeated them. That’s what running means to me.

Hardmoors 55 was due to be held on 28th March. I’ve got my last two days of annual leave booked (work have already said all future leave will be cancelled so this is my last time off for the foreseeable future). I’ve got sports massages booked for before and after. I’ve got two days accommodation (non refundable, because Hardmoors never cancels) in a very nice hotel in Helmsley.

I totally understand that Race Directors are in an unenviable position. If I were them I would’ve cancelled too - they really had no other choice. I’m concerned for the livelihood of these people who do so much for our sport. My final glimmer of hope is that all I need to count this towards my challenge is a medal.  It doesn't have to be an official race - I just need to have a medal to show that I've completed it.  I've emailed the organisers to ask if I run it anyway, and send photos and a GPX file to prove it, would they possibly be able to let me have the medal?  My fingers are crossed waiting for an answer, but even if they say no, I won’t be taking up their offer of a refund.

Obviously I do realise there are more important things in life than running.  I will get over this eventually. I still plan to run a hundred miler, one day.  But it will definitely be in summer...!

UPDATE:  The Race Directors said no.  They had to - if they'd let me run, they'd've had to let others, and it was all just too risky.  My hotel subsequently cancelled my booking and so did both my physios.  The government advice regarding non-essential travel became increasingly strict.  It was clear that this simply couldn't happen.
at March 20, 2020